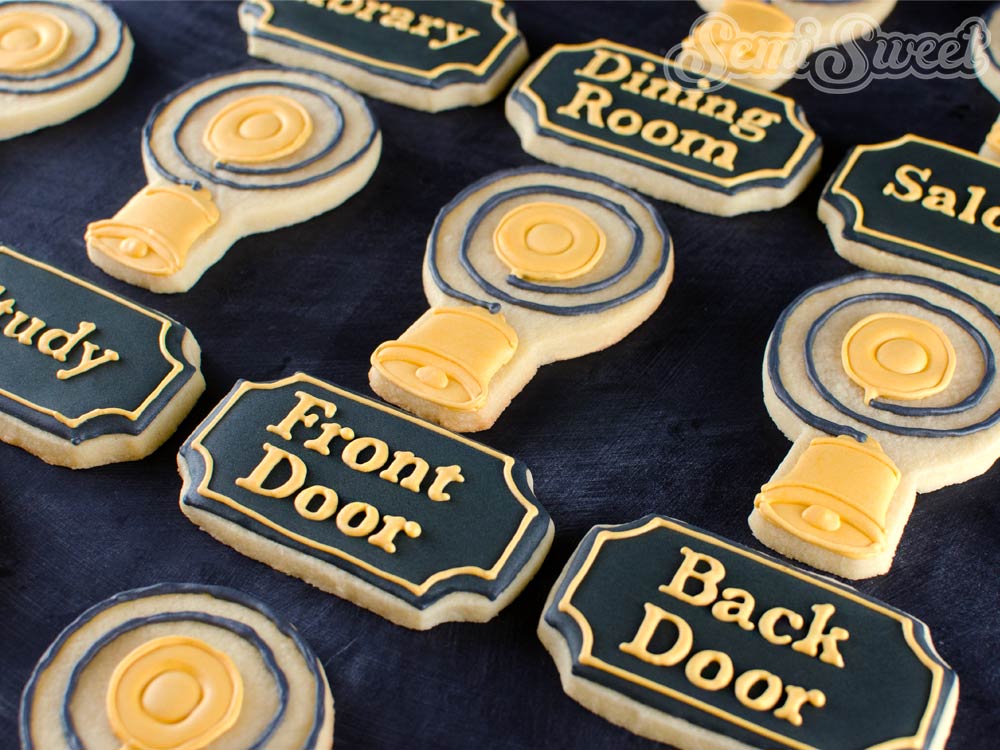 Trace cookie designs with ease with the Akaso mini projector.
Buy on Amazon

For the past few years, usually starting around January, I form this annual habit— I speak with an annoying English accent. You see, it happens every time I finish watching an episode of Downton Abbey. I can't help it!

It's not like I have full conversations with people with the accent. I just like repeating favorite phrases from the show, like "Yes, m'Lady" and "Yes, m'Lordship," over and over again. (How my parents handled me as a kid, I don't know.) The accent doesn't last long though; it's usually gone by breakfast the next day. Usually.

Well this habit started up again this week with the premiere of Season 4. To accompany this bad habit of mine I made Downton Abbey cookies. I wanted to make something fans of the show could relate to that didn't involve making character cookies, which are always a challenge. I decided go with the servants' bell system.

For those unfamiliar with Downton Abbey, the servant bells are a background staple of the show. The upstairs Crawley family uses this bell system to communicate with their downstairs servants. A pull or chain in each room of the Abbey, when triggered, would ring a bell letting the downstairs know their service is being requested.

For these Downton Abbey cookies, I made them in two parts: a bell and a plaque cookie. Here's how...

The bell shape is basically a circle with an extra part sticking out for the bell. You can either piece a few shapes together (like an ornament and a mini bell cutter) or find a single cutter that works.

I decided to keep it simple and use a diamond ring cookie cutter. I trimmed off the excess dough at the corners.

After the cookies are baked and cooled, mark center circles with a food coloring marker. You can use anything to trace the circles. I used both ends of a Wilton 2A icing tip.

With gold piping and flood icing, outline and fill the center circle. Pipe and fill a bell shape on the bottom piece of the cookie. Leave this to set for 15 minutes.

After the icing had time to set, outline and fill the outer circle. For the bell, outline over the first layer as shown below. Layering the icing like this will give the bell detail nice dimension. Leave this to set for 15 minutes.

After the previous layer of icing had time to set, use a 1.5 PME tip to add the detail lines and the bell ball knocker.

Next, add the spring for the bell. With black piping icing, start at the top of the bell and pipe three-quarters around the outer edge of the cookie.

Begin to curve the line in towards the center, aiming your piping line in the middle of the formed "path". I drew little target points on the picture below to illustrate what I mean.

For the room label plaques, I used the small plaque cutter from KarensCookies.Net. It was still too large in scale compared to the bell cookie, so I modified the shape and trimmed down the width.

After the cookies are baked and cooled, outline and flood the cookie with black royal icing. Leave these cookies to dry completely. (at least 8 hours or overnight)

After these cookies are completely dry, I added the lettering using my Kopykake projector. I rely on my Kopykake every time I do lettering because my free-hand is so sloppy and crooked. I like to use slightly thinner piping consistency icing for my lettering, while making small corrections with a scribe tool. I finished off the plaque with a simple line border.

In case you're interested, the font I used for these plaques was Baskerville, which is a pretty standard font on most computers.

These cookies were fairly simple to make. They only required mixing two colors of icing. It is always a pleasure when the color mixing is kept to a minimum.

These cookies are also great if you happen to be hosting your own Downton Abbey viewing party. Just line them up on a table to recreate the look of the bell board as seen on the show.

For more fun Downton Abbey cookies you must stop by and check out these creative ideas:

This post is linked up to these link parties. 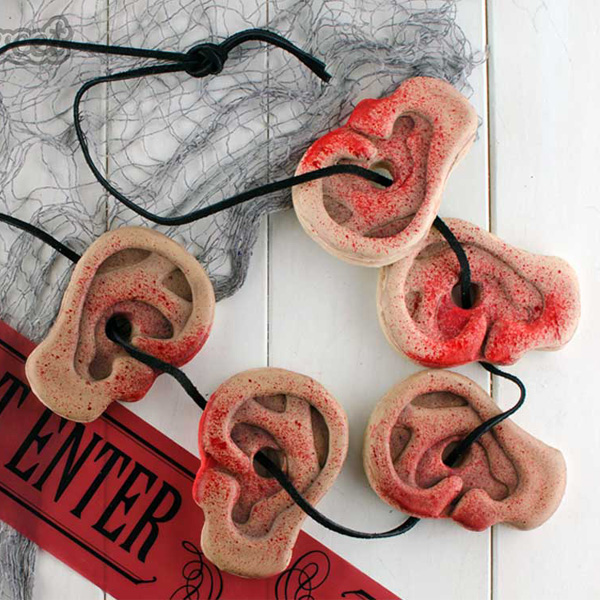 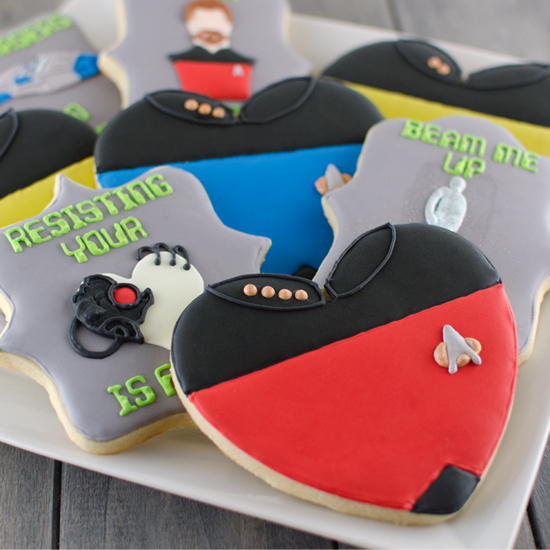 Stay in the Mix

Get new blog and store updates delivered to your inbox.

Thank you! Your submission has been received!
Oops! Something went wrong while submitting the form. 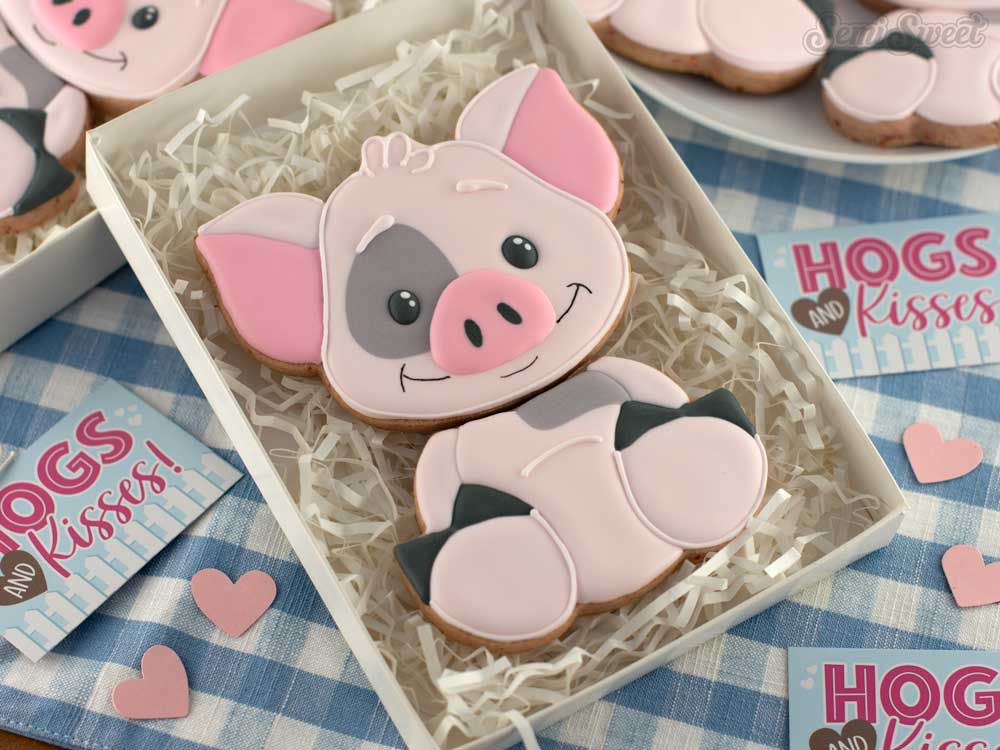 How to Make Adorable Pig Cookies for Valentines Day 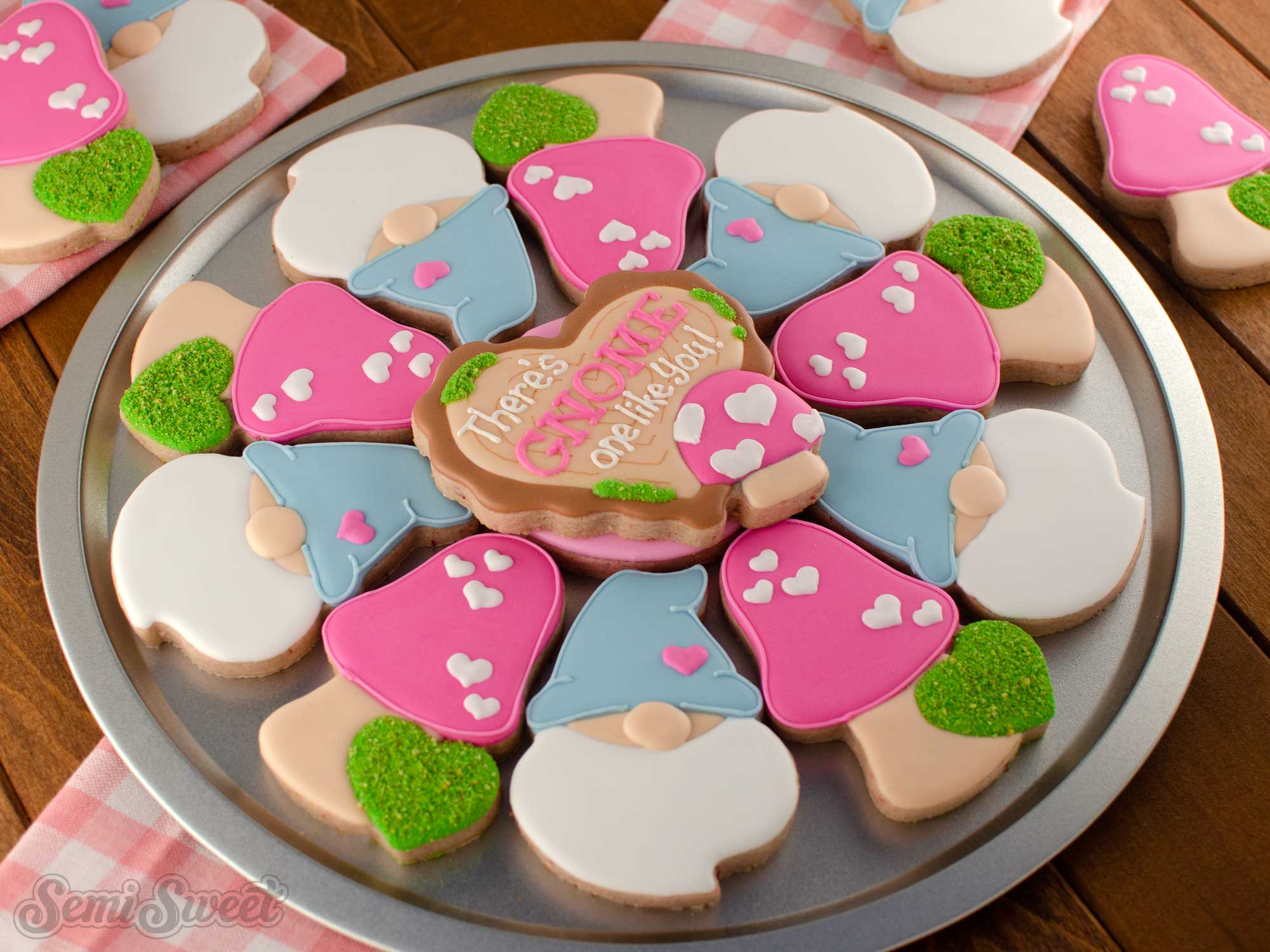 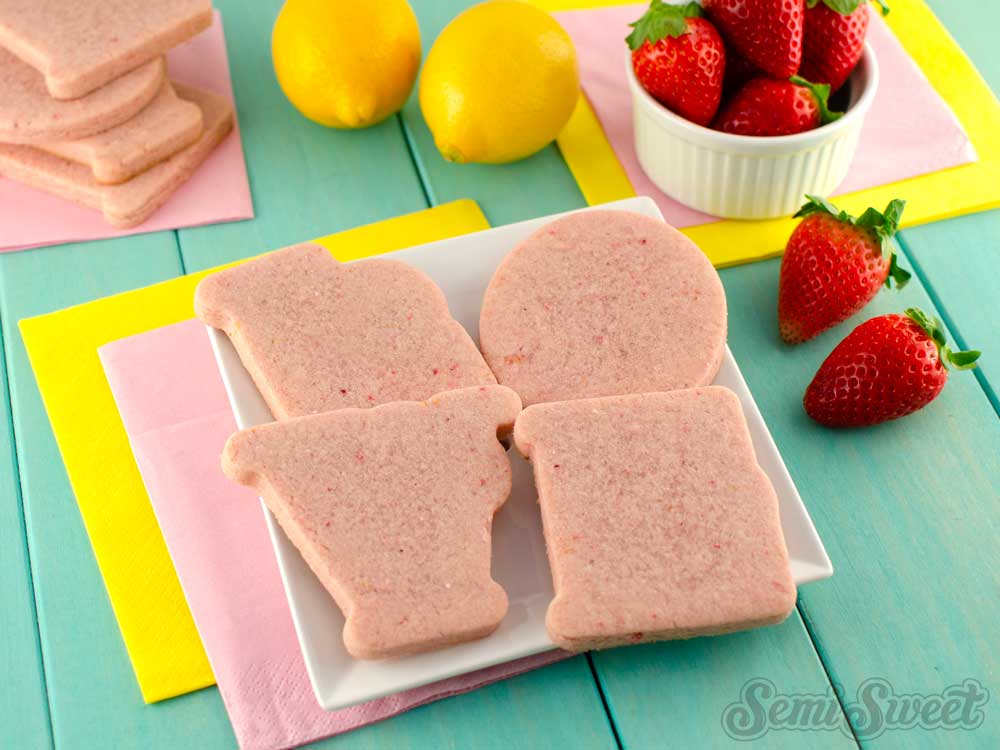 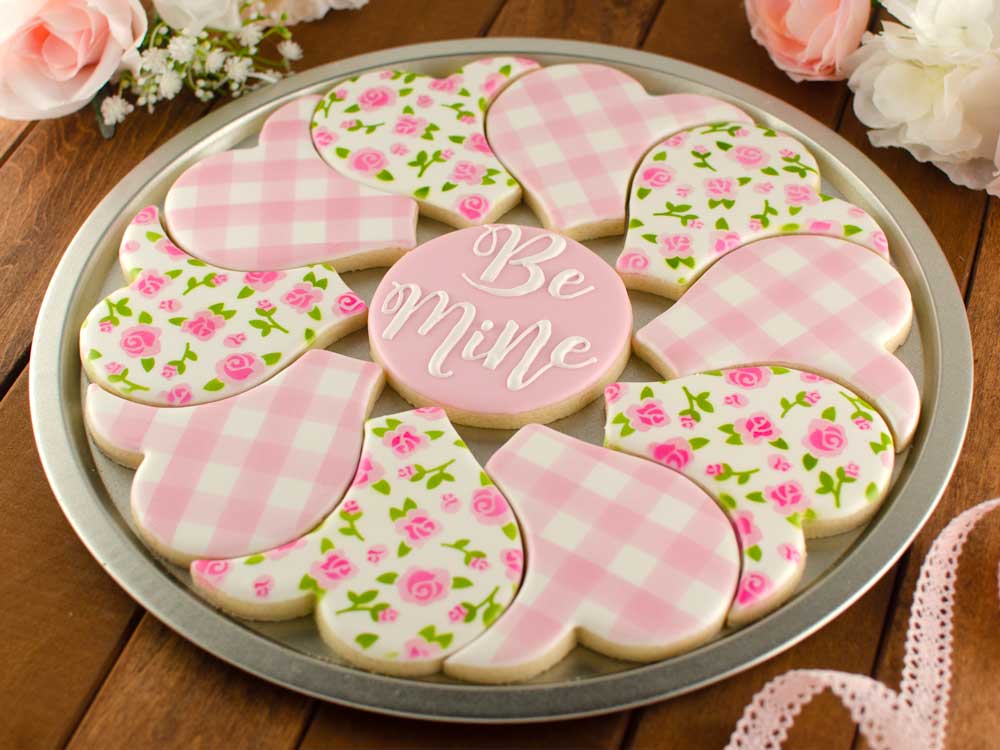 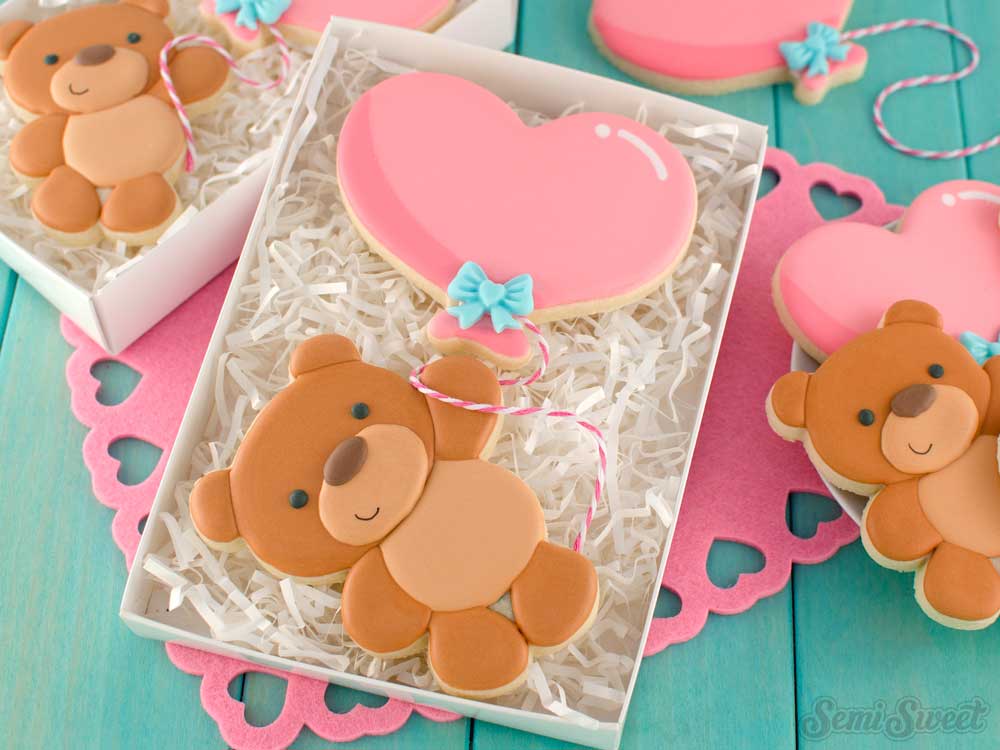 How to Make a Balloon Teddy Bear Cookie Set

Become a member!
Become a shop member to unlock exciting perks. Earn points for every dollar spent. Plus extra ways to earn!
Join For Free